N.B.A: The biggest show in the world


The N.B.A. is a basketball league with 30 teams in the USA and Canada. The best basketball players in the world play in the N.B.A. At the end of the season, which lasts from November to April, 16 teams play in the playoffs. The best 2 teams then meet in the finals of N.B.A. Championship.

The L.A. Lakers is a team based in Los Angeles, California. Their team colours are gold, purple and white. Spanish basketball player Pau Gasol plays in the team alongside Kobe Bryant. He is the only foreign player. The Lakers won the N.B.A. finals last year.

The Chicago Bulls is a team based in Chicago, Illinois. Their team colours are white, red and black. The great basketball star Michael Jordan played for the Bulls for over ten years. Their logo of an angry red bull is very unusual… and a bit scary!


The Memphis Grizzlies is a team based in Memphis, Tennessee. Their team colours are white, blue and gold. The team originally stared in Vancouver, Canada, but then moved to Memphis. The Grizzlies also have an animal as an icon - this time, a grizzly bear!

The Boston Celtics is an N.B.A. team based in Boston, Massachusetts in north-east of the USA. Their team colours are white and green. They played against the L.A. Lakers in the 2010 finals but lost! Basketball star Shaquille O’Neal played for the Celtics. 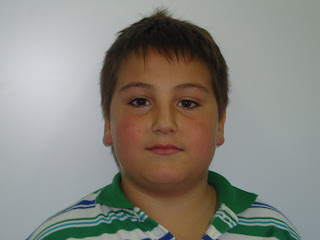